An interesting feature of this laboratory is the used printing mixture, which is filled with recycled material from the construction industry.

Along with 3DCP team, 3Deposition, ERC-TECH and Master Builders Solutions also took part in the implementation of 3D printing and interviews. At the end of 2020, the AdMaS Center, together with its partners, launched a solution for the project “For Healthier and Better Water in Brno”, which was commissioned by the City of Brno. The aim of the project is to gain current knowledge about the quality of drinking and wastewater in Brno with a focus on micropollutants such as medicaments, drugs, pesticides, microplastics, etc.

During December 2020, weekly monitoring of wastewater flowing into the Brno-Modřice Wastewater Treatment Plant (WWTP) took place, which treats this wastewater from the territory of the city of Brno and its vicinity. This initial weekly “screening” provided insight into the amount and species composition of infiltrated micropollution, which was evaluated during January 2021.

The average daily value of micropollution flowing into the Brno-Modřice WWTP consists in total of: about 20 kg of medicaments (the main pharmaceutical substances were paracetamol, iomeprol and gabapentin), 0.5 kg of drugs (pervitin and THC metabolite), 1 kg of pesticides and 0.07 kg of polycyclic aromatic hydrocarbons and polychlorinated biphenyls. In terms of widely discussed microplastics (plastic parts smaller than 0.5 mm), their occurrence was monitored on average 267 particles per liter of wastewater

The project will now continue as long-term annual sampling campaign of quality of drinking water from the city of Brno water sources for the, wastewater sampling at the inflow and outflow of the Brno-Modřice WWTP to evaluate the effectiveness of micro-pollution removal at the treatment plant and wastewater monitoring on the sewer network busy roads. 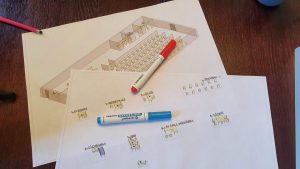 Assoc. Prof. Tomas Apeltauer, head of the Institute of Computer Aided Engineering and Computer Science at BUT and the main researcher of the National Competence Center project “Rebuild – virtual environment”, which has been solved within the AdMaS center for last 3 years, is preparing a simulation of operation of vaccination centers in the South Moravian Region.

Together with colleagues from the AET Institute, the South Moravian Innovation Center and the University Hospital Brno, they collected data for simulations and are testing the Vaccination Center at the Brno Exhibition Grounds, all with the support of the South Moravian Region. The aim is to make the most of the process and optimize the operation of other regional centers. Every second saved will be a win after the start of a full load.

The team transfers its experience from the first optimizations of the vaccination center at BEG to the preparation of centers in the regions. Last week, they not only focused on the simulations and testing itself (eg the capacity of the initial doctor’s examination before the vaccination itself), but even composed Lego models of the first regional center in Breclav.

Conveniences such as CDE (Common Data Environment) or designs completely in Autodesk Revit are a matter of course throughout the process. BIM is simply applied wherever possible.

We are proud that among our colleagues there are people who are willing to dedicate their free time and without rewards to such important projects.

After less than 7 years, the AdMaS Center changed its management – the Director, Assoc. Prof. Zdeněk Dufek, left his post and handed the position over to his Deputy, Dr. Zdeněk Krejza.

Assoc. Prof. Dufek is still connected to the Center thanks to two projects of the Technology Agency of Czech Republic. The first project, “Safety of LNG filling stations”, on which the Center has been gradually cooperating with GasNet, the Technology Platform and innogy for four years now, will end in August this year. The latter, CAMEB, a large project of the National Competence Center called “Center for Advanced Materials and Constructions” will not be completed until December 2022.

This one includes several sub-projects in which four universities (BUT, CTU, MENDEL and TUL) and many private companies participate. The motivation for its creation was a decrease, resp. thinning of non-renewable natural resources, both material and energy, and the impact of this phenomenon on construction.

During his tenure as director, Dufek also devoted himself to many important government contracts (eg for the Directorate of Waterways, Directorate of Roads and Motorways, etc.), collaborated on the writing of several professional publications and raised awareness of the center’s qualifications at the Czech and international level.

On behalf of the employees, I would like to thank to Assoc. Prof. Dufek for his contribution to the Center, always professional  and collegial behavior, and wish the new director, Dr. Krejza, many interesting projects and work successes in the following years.

In December 2020, the Technology Agency of the Czech Republic approved an application to extend the Center for Advanced Materials and Efficient Buildings project. CAMEB thus received funding by the end of 2022. 11 of the 12 original sub-research projects will continue.

The motivation for the establishment of the National Competence Center CAMEB was the decrease, resp. thinning of non-renewable natural resources, both material and energy, and the impact of this phenomenon on construction.

The National Center for Competence CAMEB (Center for Advanced Materials and Efficient Buildings) was established in 2019 in cooperation with the Czech Technical University in Prague, Brno University of Technology and twenty-eight other partners – universities and especially private companies. CAMEB associates partners with such competencies that will enable them to find better use of resources in construction. Based on life cycle optimization, we will be able to design better buildings using the principles of knowledge and circular economics. To do this, we also use modern technologies in the field of digitization, optimization, modeling and effective process control.

One of the goals of the CAMEB center is to develop direct cooperation between universities and companies on the basis of contract research, ie without state support. 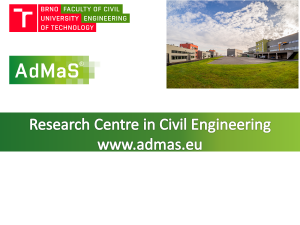 The Deputy Director of the AdMaS Center, Dr. Zdeněk Krejza, participated in the international webinar Spotlight on European GreenTech: Green Building on 9.12.2020.
He presented to the colleagues from Italy, Austria, Ireland and Greece the activities of the center with a connection mainly to the circular economy. 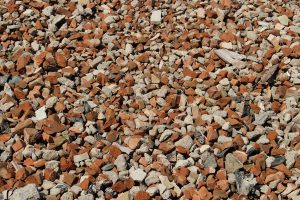 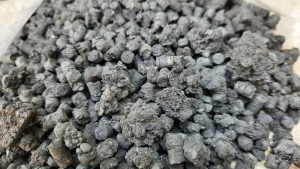 A partial goal of the REVOZIM project is the installation and operation of a functional unit (fully instrumented models) for testing green roof compositions. The project activity is related to the partial design of suitable water management in an urbanized area, given that the watering is obtained from the so-called gray water, resp. white water, ie treated, slightly polluted so-called gray water from bathrooms, kitchens, laundry, etc.

The composition of the green roof is prepared as an innovated substrate, made on the basis of recycled materials – bio-coal and recycled material from construction waste. A disadvantage of currently commonly used substrates is the fact that the main components are primary rocks (for example spongilite, which must be mined in nature) or primary products (for example expanded clay, with high energy intensity of production). Substrates that use a high proportion of biological materials, such as tree bark, are at risk of rapid loss of green roof mass due to biodegradation.

The AdMaS Center heard a call for help from Mother Rosa’s Home for the elderly in Rajhrad, which was struggling not only with a lack of staff, but also with a disappearing supply of protective equipment.

Dozens of protective shields printed on the 3D printer of the Faculty of Civil Engineering under the leadership of Assoc. Prof. Jan Pencik were delivered into the establishment. These are used in the home not only by the permanent staff, but also by a number of volunteers who decided to help those in need during this difficult time. One of the Centre’s employees also offered his time and willingness to help and spent weekends taking care of the home residents.

On Saturday, November 14, 2020, Professor Kudrna spoke in the Czech Television news program “Studio ČT víkend” about his opinion on the construction of a tunnel next to the world monument Stonehenge in England, which provokes a lot of controversial opinions from both experts and the public.

After lengthy preparations, the British administration decided to build a continuation of the 4-lane A303 between London and the south-west of England, which runs just past Stonehenge. The road is only 2-lane, in front of this narrow section there are traffic jams with a significant impact on the environment, and therefore a generous solution was proposed using an excavated tunnel in a rock massif 1.7 km long with high investment costs.

Despite these facts, the British media held a number of protests and expert discussions, especially from the ranks of historians. Professor Kudrna is of the opinion that the construction solves the problems of transport and the environment and does not disrupt the work of historians, as the monuments stands only in the surface layers.

On October 15, 2019, the online General Meeting of the CAMEB National Competence Center project was held online. The meeting was opened by the Chairman of the Board, Assoc. Prof. Ferkl from the Czech Technical University in Prague, who informed that in connection with the information provided by the Technology Agency of the Czech Republic (TA CR), it is possible to request an extension of the existing center of competence by two calendar years.

Given the fact that there was a time shift in the original intention of TA CR to announce a call for NCC II and NCC II projects will probably be financed only from year 2023, the extension of NCC I provides an opportunity to bridge the transition period of 2021 and 2022. It was confirmed from the solvers of sub-projects that they have the content and financially secured research content for the years 2021 and 2022 ready.

Some members are no longer interested in being part of the project from 2021, on the contrary, other entities have expressed interest in joining, which was approved by the General Meeting and will be taken into account in the amendments to the contract.

The wording of the Annual Report and the resignation of one of the members of the Board and the appointment of his deputy were also agreed.